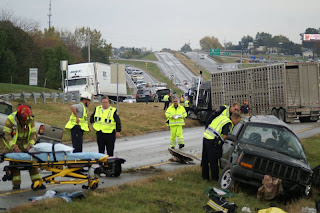 Recent Fatal crashes on KS 10 in Johnson County have led for calls to install the system there as well. KDOT is currently studying the problem at that location.
at 10:13 AM No comments: