Earnings Tax Fights Heats up in Kansas City
Circuit Court Judge Jon Beetem ruled in favor of keeping Missouri Proposition A on the November ballot. Proposition A would ban cities in Missouri from collecting an 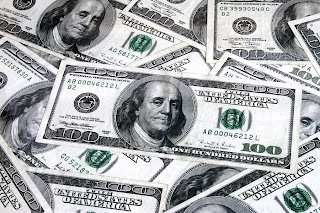 income tax. The two cities that currently have an Earnings (income) tax - St Louis and Kansas City - would be required to have voters decide if the tax could continue. Next year would be the first such vote, and if the tax is continued, it would have to be voted on every five years. Kansas City Mayor Funkhouser said he was disappointed and would continue to try and educate citizens about the need for the earnings tax revenue in the city.
A large percentage of Kansas City's general budget is derived from the "E-tax" as it's called. The matter has not been brought to the voters in years. It has city officials terrified. The city has become dependent on this income - like a drug addict, it craves more and more money.
Many supporters of the earnings tax in Kansas City are geared to fight the statewide measure in November. They include the Kansas City Chamber of Commerce, and of course Police and Firefighters Unions, The city of Kansas City (Mayor Funkhouser), and other government employee unions. Others - like St Louis Mayor Francis Slay - think the passage of Proposition A is a foregone conclusion and are instead gearing up for the local vote on the Earnings Tax next year. This approach makes more sense to me, the local voters should have a say when it comes to how they are taxed.
at 4:00 PM 1 comment: