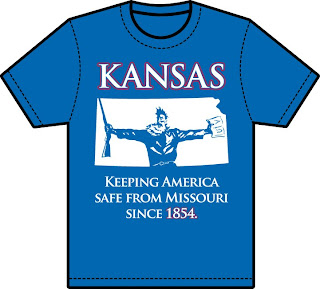 The Big 12 regular season comes to a close this weekend, and there is still a lot to be decided. The current Big 12 standings have KU sitting alone in first, and the Jayhawks have already clinched a share of the regular season title. Texas will attempt to snap out of its annual tailspin for a shot at a share of the title as well, although it must go through Baylor in Waco, with the Bears fighting for their tournament lives.

In ESPN's current Bracketology, Joe Lunardi has Baylor and Colorado in his first four out grouping, while Nebraska is in his next four out. All three teams have a chance to boost their tournament stock this weekend. Colorado and Nebraska fittingly will face each other, as the Buffs will try to recover from a disasterous 95-90 loss to last place Iowa State. Colorado appeared in after its comeback win over Texas, however the Buffs tournament hopes are on life support at the moment. CU needs to beat Nebraska (who can only get in with a win today and a deep Big 12 tournament run) and make some noise in the conference tournament for a spot. Baylor's position is pretty simple: beat Texas and win its opening Big 12 tournament game, and the Bears are back in good shape. Anything less, and a talented Baylor team that reached the Elite 8 last year will be watching March Madness from home.
With all the bubble drama, fans can find a nice distraction in what should be another great Border War. Missouri has been unbeatable at home, and equally terrible on the road. The game should be a great opening for what looks like the best regular season weekend of the year.
at 7:59 AM No comments: