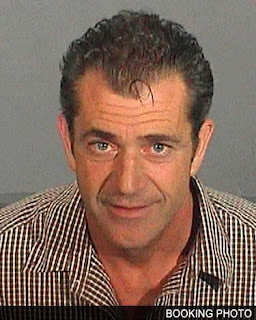 The Hangover 2 is set to be released on May 26, 2011 and will return its all-star cast from the original. Hopefully Gibson's cameo will be as well received as former boxing great Mike Tyson's was in the first installment.
at 7:51 AM No comments:

By now most people have heard parts, if not the entirety of, Mel Gibson’s angry rant over the phone to his now ex-girlfriend Oksana Grigorieva. While harsh words from Gibson that have been leaked to the public are nothing new, this latest episode is proof that fair or unfair, today’s celebrities live under a much different microscope than those in the past.

Gibson has made headlines in the past with his rants about Jews and African-Americans, however this latest rant – which involves death threats and plenty of foul language – may be the most detrimental to the actor’s career. The audio tapes of the couple’s argument are in the hands of authorities and charges of domestic violence may be the next step in the process.

While Gibson’s rant clearly deserves to be given to authorities, the fact that it has been leaked to the general public shows the microscope today’s celebrities live under. With networks at E focused on every step, especially misstep, a celebrity takes, actors, musicians and politicians live in a much different world than those of the past did. Fair or unfair, Mel Gibson’s acting career is likely over, and hopefully his behavior and consequences serve as an example to both celebrities and the general public alike.