Woman Shot and Killed by Police in Kansas City 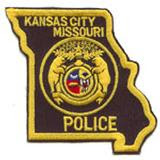 In a bizarre incident, Kansas City Police shot and killed what they described as a white woman in her 20's or early 30's this morning in the 5800 block of Manchester Ave. That's near I-435 and 350 Hwy on the east side. It all started when a woman called 911 to report that another woman (the now dead one) showed up at her house with an assault rifle and woke her up telling her to "get out". As she fled her home, she heard four or five shots. Police responded to the scene and the woman pointed an assault rifle at officers. KCPD responded with at least one shot.

Suicide by cop? Love triangle? Lover's quarrel? Time will tell, but it is a strange story that Police are trying to piece details together. Police will only say that the two women knew each other, but won't say how. There was a picture of the suspect inside the victim's home though.

One thing is for sure - you point an assault rifle at the Police, they will shoot you. Everytime.
at 4:08 PM 2 comments: