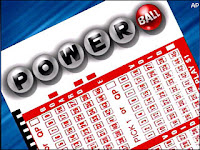 A Powerball ticket will be drawn tonight at 9:59 p.m., and Kansas City residents have been flocking to stores in hopes of grabbing a winning ticket. Currently, the Powerball jackpot sits at $500 million.

According to the Multi-State Lottery Association, there is a 60% chance a ticket will win today, and those odds may increase as last-minute buyers gobble up tickets. There hasn’t been a winner since October 6. Currently, the $500 million jackpot is the second highest in lottery history, behind only the $656 million Mega Millions jackpot in March.

Odds of winning this Powerball are currently one in 175 million. Still, that hasn’t stopped Kansas City residents from lining up outside of stores this morning in hopes of grabbing the winning ticket.

Sales for Powerball reached a record $3.96 billion this year, and are expected to reach nearly $5 billion next year. Half of the proceeds from the ticket sales go into the prize pool, and one-third of that goes into the jackpot. The remaining prize money then goes into several lower prizes, including the $1 million second prize. The other half of the ticket sale money is inserted into lottery operations in 42 states, Washington D.C. and the Virgin Islands. The money is also used for charitable efforts such as education.

Despite the dreams of winning shared by the thousands of Kansas City residents, there are many cautionary tales of lottery winners from the past. Many have squandered their new fortune by being overly greedy, while others say the new money led to divorce and the deterioration of their personal lives. These stories are well-publicized, but have no effect on the thousands who are hoping to buy a winning ticket and change their lives forever.