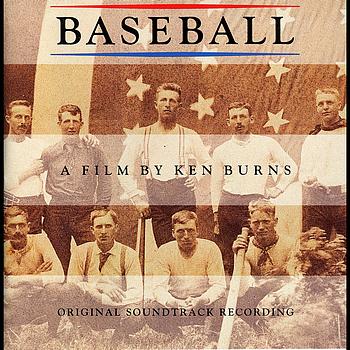 PBS series "Baseball" by Ken Burns is a one-sided, biased, preachy drag through our American pastime.  Admittedly a must see for any baseball fan, this series by director Ken Burns was like going to see your favorite band and the lead singer didn't show up.  A very "safe" account of the history of baseball, this series fails to deliver any juicy details about some of the greatest moments in baseball history or it's players.

Ken Burns' "Baseball" was a real wake up call for Kansas City Royals fans.  The series is 18 and a half hours long, and not ONE WORD about the Kansas City Royals - NOT ONE.  The biased, agenda-based series completely SKIPS OVER the years between 1979 and 1985 stopping the story only to mention that in 1985 (the year the Royals won the big one) Pete Rose got pinched for his gambling habits.  The series literally goes from describing the 1978 season, directly to the 1986 season.  Wow.  Apparently the only people who know that the Royals exist are those of us in Kansas City.  "Baseball" does not mention George Brett - AT ALL - not one word about the Royals, even when they were repeatedly kicking the crap out of the Yankees and dominating the American League from 1979-1985.  It is the only period in the history of baseball that this series skips over.  "Baseball" goes over every single year in baseball history EXCEPT these years.  Director / Writer Ken Burns must have had a bad experience while staying in Kansas City, or his cheating ex wife is from Kansas City or SOMETHING because there is just no way you can tell the history of baseball without mentioning George Brett or the Kansas City Royals.  This was a real wake up call for all of us, and very disappointing to be left out of the series completely.  The only time they show any footage of the Royals is when they are talking about Bo Jackson (and the struggles of the black man, of course) and they interview Buck O'Neil a few times.  Buck O'Neil has about 15 minutes of camera time throughout the series and he doesn't mention the Royals AT ALL.  Thanks Buck, nothing like a little Kansas City Royals loyalty from a home town player.  I suppose in Buck's defense, he may have made comments about the Royals that ended up on the cutting room floor.  Most likely to make room for Ken Burns' REAL agenda in this series - read on:

One of the biggest downfalls of "Baseball" is the running theme throughout the series on the struggle of the black man.  They throw this in your face in every single episode of the series, completely halting the story line to take ABOUT 20 MINUTES to drag on and on about black baseball players and how bad they had it.  This agenda-minded brow bashing just gets old after about the 3rd or 4th episode, and we found ourselves fast forwarding over these long boring segments.  This is no exaggeration, not by a long shot, Ken Burns "Baseball" goes so far into the struggles of the black man that one episode has a 10 minute speech by the rambling, babbling idiot Jesse Jackson.  It is ok to do a story on the struggles of the black man in baseball, but Burns really should have done a separate series on this topic, that way we could have opted not to purchase it.  Instead, Burns starts getting into the story of baseball, and just when it starts picking up momentum......UH OH, here it comes, more preaching about how hard it was for the black man.  Even after the 8th or 9th series, when black players and coaches were making millions of dollars, Burns still continues to throw this in our faces.  This bleeding heart liberal crap just ruins the series completely, keep your fast forward button ready because after about the 4th or 5th 20 minute segment about how bad those poor millionaire black men had it, you're going to want to shoot your TV screen.

"Baseball" by Ken Burns relentlessly covers every single movement of the New York Yankees and The Boston Red Sox, I think that they even take time out to tell us the exact shoe size of every player.  Other teams like the Kansas City Royals are completely omitted, and the really interesting stories, like the when Dock Ellis of the Pittsburg Pirates pitched a NO HITTER ON ACID, or the insane lifestyle of Babe Ruth and Ty Cobb are sparsely mentioned and grazed over lightly without going into any detail.  Basically, anything interesting that happened in the history of baseball or it's players was payed little attention in this series, unless of course it fit the agenda of Ken Burns which clearly was to cover the struggles of the black man, the New York Yankees and the Boston Red Sox.  Anything out of those three categories was ignored.  Well, ok, they went on and on about the steroids for an episode.  Overall, if you're a baseball fan, you should watch this series, but be prepared to be crushed as a Royals fan, and be prepared to listen to a lot of left wing preaching.