Tonight the downtown Marriott will be the venue for the 2014 Angel's Gala benefitting The Children's Place Kansas City charity organization.

This popular Kansas City charity fundraiser will begin tonight at 6pm with registration and cocktails, to be followed by a formal dinner at 7:30pm. Tickets are $200 per person or there are several sponsorship packages available as well. For tickets call 816-363-1898. Dinner will be followed by an auction to raise funding for The Children's Place and will be led by The Nigro Brothers auctioneering team. Several great items will be up for auction. The live auction will be followed by dancing to the upbeat sounds of The KC All Stars, Kansas City's hottest dance band, produced by Adam Blue Productions. 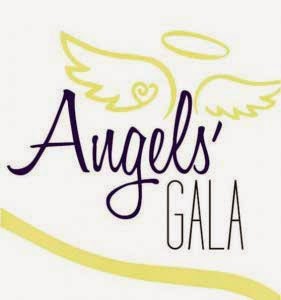 At some point in the night there will be a game of "heads or tails" played. To enter the heads or tails contest you must donate $50. This new game is very popular now among Kansas City charity fundraisers. All members of the audience who purchased a $50 entry ticket will stand up. A coin will be flipped and everyone standing will be asked to put their hands on their head, or on their "tail". Those who are on the winning side will remain standing. The last person standing will win the grand prize, a diamond / white gold bracelet valued at $6,000.00

Other auction items for the Angels' Gala benefitting The Children's Place include a trip to Cape Cod, several diamond seat packages for Royals games, a mystery dinner party, a suite for Justin Timberlake at the Sprint Center, a personal private chef for you and a party of 6 at your house, a Lake of the Ozarks golf vacation and more.