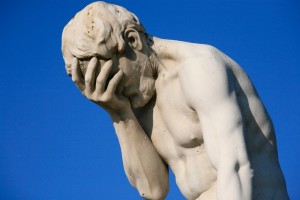 Kansas City Chiefs take 2 steps back and ZERO steps forward with useless win over the Panthers.

Did anyone in the Chiefs head office pay attention to what the Indianapolis Colts did last season?  In 2011, the Indianapolis Colts flagrantly and intentionally threw nearly every game in order to get the first pick in the 2012 NFL Draft. This proved to be a stoke of genius as the Colts now hold an 8-4 record and are headed for the Playoffs. The Chiefs, like the Colts in 2011, are in desperate need of a franchise quarterback, and by carelessly winning today they have narrowed their chances of landing that valuable first pick in the 2013 NFL Draft.

Everyone knows that the Colts blatantly threw their 2011 season purposely to attain the first round draft pick in 2012. The media turned a blind eye to it, the fans didn't mention it or throw a fit and protest the team, and look where the Colts are now. Both the Colts management and their fans were intelligent enough to understand exactly what the team needed to do, and they all kept very quiet as they lost almost every game of the 2011 season. This is the difference between a smart football city and a slow, non forward-thinking football city. Kansas City is completely clueless in regards to what it will take to rebuild a struggling football team. Winning 2 or 3 games at this point serves absolutely NO PURPOSE and the team would be better served by losing their remaining games and attaining the first pick of the 2013 NFL Draft.

If the genius of what the Colts did in 2011 isn't enough proof of this fact, then Chiefs management and fans alike are not looking at the big picture. What did the Chiefs possibly gain by winning this pointless game today? We can tell you what they lost; valuable positioning in the 2013 NFL Draft. Winning games at this point is simply ridiculous as the only thing that has any meaning for the dismal Kansas City Chiefs is the possibility of a bright future. With each meaningless win in 2012, the Chiefs lose footing on building a better franchise in 2013 through the highest of draft picks.