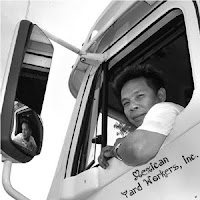 Kansas City Police will begin the new drivers license checkpoints on Thursday, May 13th according to a statement released today.  The checkpoints are a city-wide response to a fatal accident that occurred on 71 highway and Gregory fatally injuring a 12 year old boy.  The driver that caused the accident was driving without a valid drivers license.  KCMO Police report that someone driving without a valid drivers license is 4 times more likely to be involved in a fatal car accident.

Another obvious reason for these checkpoints is to find illegal aliens.  We can't overlook the fact that this might be an ulterior motive for police to uncover illegal aliens in Kansas City as they drive around in their lawn service trucks (or actually their white boss' lawn service truck).  There is already an illegal alien patrol in place although most don't know about it.  If you ever see a large grey SUV type vehicle with a truck pulled over, that's an illegal alien patrol.  I know that they officially call these SUV patrol vehicles something else to make it sound politically correct, but believe me, they're looking for illegal aliens driving around in work trucks.

The new drivers license checkpoints in Kansas City will be a great thing as they will rid our streets of criminals and illegal aliens all in one shot.  Kudos to the Kansas City Police Department!

Starting May 6th, Kansas City police will set up roadblocks and checkpoints to check drivers for valid driver's licenses.
KCMO police claim that Kansas City drivers who drive without a valid driver's license are 4 times more likely to be involved in or cause a fatal car crash.  This statistic most likely stemmed from a recent incident that claimed the life of a 12 year old boy in a fatal car wreck on 71 highway (the ghetto highway) and Gregory that involved Clayton R. Dunlap and Damian Slayton.  Clayton R. Dunlap was apparantly driving under the influence of PCP as he was speeding westbound on Gregory when he attempted to run a stoplight and struck a line of 5 cars waiting at the light.  The first car that Dunlap struck was a silver volkswagon that held passengers Damian Slayton and his mother Bri Kneisley.  Damian Slayton was fatally injured and pronounced dead at the scene while his mother Bri was rushed to the hospital in critical condition after suffering severe brain damage.  Damian Slayton was said to have been a model student with a bright future who loved to read and make people laugh.  He was a student at Nowlin Middle School.  Clayton Dunlap is being charged with 2nd Degree Murder and 1 count of felony driving according to the State of Missouri Courts.

The City of Kansas City is most likely reacting to this incident by putting up the roadblocks / checkpoints to check for valid driver's licenses.  Clayton Dunlap had a record of 16 violations involving driving while suspended or revoked and Kansas City Police say that he was a high risk driver.  KCMO police will be setting up roadblocks and checkpoints starting May 6th to check for drivers such as Clayton Dunlap driving while suspended or revoked.  Or, as we are hoping, they will find several illegal Mexican yard workers during the search and get them off the road as well.  Definitely start the search in Olathe, as they have the highest percentage of Mexican yard workers driving around clogging up 119th street and 135th street, respectively.