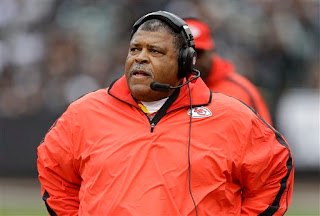 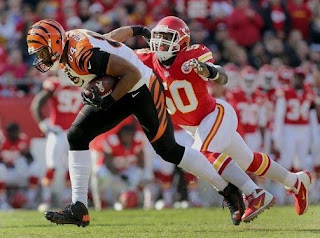 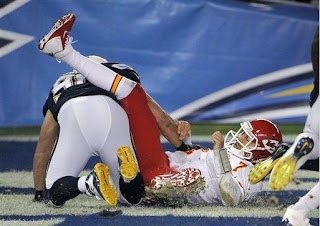 The latest embarrassing episode of the Chiefs 2012 season came last night, when Kansas City was throttled on national television by their division rivals, the San Diego Chargers. The team committed four turnovers and let the game slip away in a disastrous fourth quarter, in which the Chiefs were outscored 2103.

Turnovers have been the biggest problem for the Chiefs all season, and the stats at this point are comical. Quarterback Matt Cassel has more turnovers than every team in the NFL save the Dallas Cowboys, despite missing nearly two games’ worth of action due to injury. As a team, the Chiefs have committed more turnovers in the first eight games of the season than any NFL team in the last 15 years. When you can’t protect the football and routinely give the other team great field position, you are going to lose.

Last night’s game was bad, but it is time for Kansas City Chiefs fans to look at the bigger picture here. The Chiefs General Manager, Scott Pioli, has completely failed. Pioli has drafted poorly and missed on most first and second round picks, has made poor free-agent signings and has assembled a team that is not very good. Throw in a coach who appears to be clueless, and you have a recipe for disaster. Why exactly did Romeo Crennel get another head coaching opportunity after being terrible in Cleveland? Because he beat a Green Bay team last year that had wrapped up a home field advantage and had nothing to play for? Romeo Crennel is a better option than Todd Haley, who won the division three years ago and kept a depleted roster competitive last season? The list of poor decisions this franchise has made just goes on and on.

The team needs to absolutely clean house and spend some money to find a solid GM and coach. The good news is that Kansas City should have some high picks in next year’s draft. The Chiefs need to trade the veterans that don’t want to be here anymore (Dwayne Bowe) for draft picks and give the next GM something to work with.