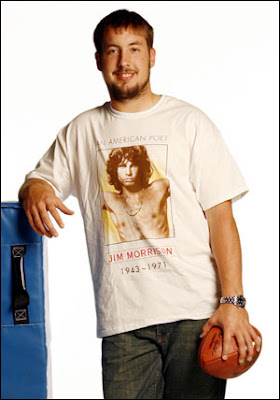 Today the Kansas City Chiefs must have decided that they did not trust Tyler Palko or Ricky Stanzi to take over quarterback duties for the injured Matt Cassel as they went to the "quarterback couch" and picked up Kyle Orton, formerly of the Denver Broncos, who was replaced earlier in Denver's season with backup quarterback Tim Tebow.

Kyle Orton was signed to a one year deal after only starting a handful of games for Denver in the 2011 NFL season, by popular demand from Denver fans, religious fanatic Tim Tebow was put into action early in the season. The Denver Broncos released Kyle Orton soon after and he has been on waivers ever since. This now leaves the Kansas City Chiefs with 4 quarterbacks including one Matt Cassel on injured reserve. Kyle Orton was a miserable 12 and 21 as a starting quarterback for the Denver Broncos, throwing 8434 yards, 49 touchdowns and 28 interceptions. Kyle is known for being an ultraconservative quarterback, rarely taking any chances down field, and stick to the dink and dunk passing. Orton usually throws the ball within about 10-15 yards of the line of scrimmage, which really won't be much of a change from Matt Cassel, who rarely threw the ball further than 20 yards or so.

The Chiefs will lose the mobility that Matt Cassel and Tyler Palko bring to the table and this may result in a tough outing for the slower and less elusive Kyle Orton. The Chiefs offensive line is questionable at best and due to a recent injury to star offensive lineman Ryan Lilja, they will be even less likely to effectively block for the quarterback. Matt Cassel and Tyler Palko were both running for their lives during the past few games due to the weak offensive line and with a slower quarterback in Kyle Orton this doesn't look good. It has not been announced yet whether Orton will start on Sunday night when the Chiefs take on the Pittsburgh Steelers on National TV, but since the Chiefs only have about 10 passing plays in the playbook, this should be a quick study for Kyle Orton.

All we can say to Kyle Orton is, be ready to be sacked - a lot.

You do not have to sign up to comment! If you have any trouble publishing your comment, try hitting the "Preview" button to publish from there. Thanks!
at 7:53 PM No comments: