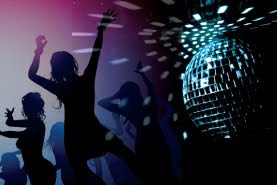 It has been known by many names, "NV", "NRG", and in it's last incarnation, "Xpressions", but no matter what ebonic name they give the nightclub at 220 Admiral Boulevard, the ghetto folk show up...the ghetto folk fight...someone gets shot...and the club gets shut down. Now remember all of you who want to yell RACISM right now, it's not racist if the statement is TRUE...

Here at Kansas City News we're going to start by pointing out something that all of the other Kansas City news sources are afraid to talk about:

Is it possible to create a location or establishment where the black youth can party safely without disturbing surrounding businesses and residents, avoid confrontations and disturbance calls to the KCPD, and avoid shootings and other violence? So far, the answer is no.

Now, here is the million dollar question: Does the problem lie in the environment, i.e. the nightclub, the location, etc.? Or does the problem lie in the fact that young black people lack sophistication and are unable to gather in public without fighting and pulling out guns? Just like many things in life, the answer is probably BOTH. We are certain that a few bad apples can spoil it for the whole bunch, and for that we sympathize, but the fact remains that Kansas City has not been able to keep a black nightclub (age 21+) open not matter where they try to locate it, and no matter how many security guards and police they employ to secure it.

The only black nightclubs that seem to remain open for long periods of time are those who limit the age to 25 and over or in some cases even 35 and over. Now what does this say about what the older black people think about their own youth? They know the situation perfectly well, and that is why they limit their drinking and dancing establishments to 35 years old and over.

One thing that we have to point out here is that most of the altercations begin either inside or immediately outside the nightclub, then they escalate to violence and gun fights in the surrounding parking lots or a few blocks away from the nightclub. Such was the way it went for many of the incidents that allegedly involved Xpressions, NV, and NRG. The most recent problem that Xpressions faced was that new owners Eric and Natasha Union were unable to secure the help of off duty police officers and other security companies because they feared for their own safety. Eric and Natasha Union have not been officially notified of their liquor license revocation, and Xpressions continues to operate, but we don't know for how long.

Obviously, Xpressions owners and their legal staff pulled the race card in a suit against former Kansas City Police Major Gary Majors, claiming that they were discriminated against because they are black. Several black political figures including Councilman Jermaine Reed and Shalonn "Kiki" Curls attempted to get involved in the case, but were laughed off the stand when it was discovered that Xpressions nightclub was not even located in either of the black politician's districts.