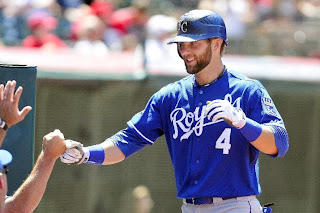 With a strong performance from Danny Duffy and some timely hitting, Kansas City was able to defeat Cleveland today, 5-3. The win gave Kansas City a series victory over their struggling AL Central rival, and the Royals have now won eight of 12.
Duffy, who was filling in for the injured Kyle Davies, was able to escape several jams and struck out six in five innings of work. He gave up eight hits, but was also able to pick off two runners. Joakim Soria picked up the save, his 20th in 26 chances.
Offensively, the Royals were aided by Alex Gordon, who has been putting on a clinic during Kansas City's hot streak. In the month of July, Gordon batted .323 with four home runs and 13 RBI, and has raised his average on the season to .302. Gordon's emergence, paired with strong seasons from Jeff Francoeur and Billy Butler, has given the Royals offense some much-needed consistency.
Kansas City has tomorrow off, then starts a home series against Baltimore on Tuesday. The game is scheduled to start at 7:10 pm
at 8:32 PM No comments: 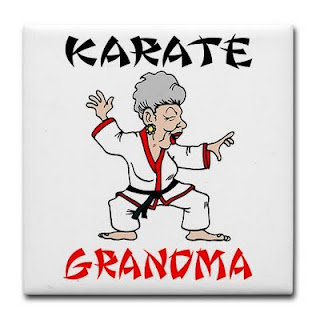 I guess the lesson here is, if you're going to enter into the career of burglary, you should probably wear a cup, or grandma will kick you in the balls.
at 2:12 PM No comments: 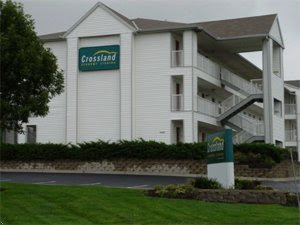 The Crossland Economy Studios in Independence is short one room to rent today. That's because the coward murderer Rufus Young thankfully blew his brains out in one of the rooms as Police closed in on him Thursday night. Rufus was wanted in the shooting death of his ex girlfriend and her mother the night before.

After fleeing her home, Naushay Riley went to her mothers house as Rufus Young followed. In the company of Naushay's two small children, Young shot her and her mother Jackie, at the house on east 40th Terr. Two more parentless children in the city, and the cycle continues.

Rufus Young was no stranger to gun violence. He was released from prison in 2006 for the murder of a 17 year old in St Louis in 1994. As for Mr Young's decision to end his own worthless life, I wish more of the world's garbage would take themselves out. It sure would save a lot of money and trouble taking care of them for the rest of their lives.

There's also a lesson here for the ladies. What on Earth was this woman doing with this loser? She had a job, and a house, and she is making babies with a convicted murderer? Ladies you've got to choose your man better than that.
at 11:53 AM No comments: 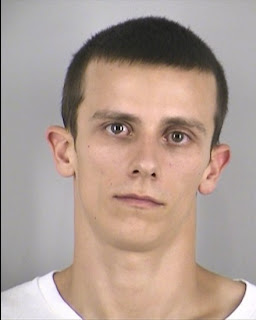 
His poor, pregnant wife was on the news last night making a fool of herself claiming that her husband is owed an apology and he would never do anything like this. She, along with Kemp's brother and sister think a confession was coerced by the cops. Yeah, coerced after he saw all the evidence they had. This fucking idiot has ruined lots of peoples lives. Hopefully his (future ex) wife and unborn child can move on and make something of themselves. I actually feel bad for her. Yes, Mr Wonderful does have feelings.
at 3:03 PM 2 comments: 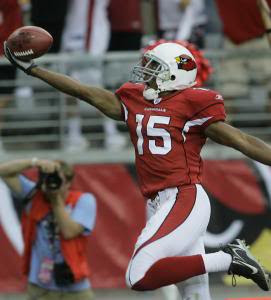