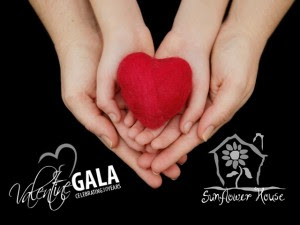 Looking for the perfect Valentines Day event to attend in 2012? The Sunflower House Gala 2012 in Kansas City provides an opportunity to attend a wonderful evening of dining and dancing, while at the same time donating to a worthy Kansas City Charity event. If the 2012 Gala is anything like last year's Sunflower House Valentine Gala, you and your date will be in for a real treat! At last year's gala, they had one of the hottest dance bands in Kansas City, The KC All Stars, who kept the dance floor packed all night long. This year's gala will feature entertainment provided by Adam Blue Productions, and they are going to have Dueling Pianos! The dueling pianos will definitely make the Sunflower House Gala 2012 an amazing and fresh event to attend on Valentine's Day in Kansas City.
Here is a blurb from the Sunflower House Valentine Gala 2012 website:
Grab your Valentine and join Gala Co-Chairs-Chief Rick and Allison Armstrong and Chief Ellen Hanson–as we celebrate 30 years of protecting children from abuse. Larry Moore will host another fabulous evening with a gourmet dinner with fine wine, live and silent auctions, and live entertainment and dancing from Roll Over Beethoven-Kansas City’s leading dueling piano pair. For their years of dedicated service to Sunflower House and the Kansas City community, Ernie and Susan Straub will be recognized as the 2012 Honorary Chairs.

With the support of people like you, the Valentine Gala has raised almost THREE MILLION dollars to provide life-saving services to physically and sexually abused children in Wyandotte and Johnson Counties. With proceeds from the Gala, Sunflower House has seen over 5,000 alleged victims of child abuse and educated over a million children, parents and professionals on how to RECOGNIZE, RESIST and REPORT suspected child abuse.

Tickets are $150 and include dinner, beer and wine.

For more information contact The Sunflower House Valentine Gala 2012 at 913-631-5800
Happy Valentine's Day Kansas City! From your friends at Kansas City News
You do not have to sign up to comment! If you have any trouble publishing your comment, try hitting the "Preview" button to publish from there. Thanks you from Kansas City News!
at 5:39 PM 5 comments: 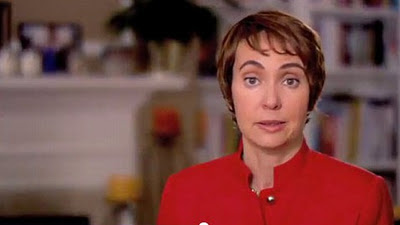 In a video communication today Representative Gabrielle Giffords resigned from her office as Arizona Representative to the House. On January 8th, 2011, while holding an event for "Congress on Your Corner", Gabrielle Giffords and several supporters were gathered at a Safeway near Tuscon, Arizona when 22 year old Jared Lee Loughner shot her at point blank range in the left temple before killing 6 people and injuring several others in what is now called the 2011 Tuscon Shooting. Giffords miraculously survived the point blank shooting, and after a year of intensive therapy and recovery, Gabrielle is able to walk and talk. Even though she has made incredible progress in a year's time, she feels that she cannot serve the state of Arizona in the capacity that she wishes and that she would resign from the House of Representatives so that she can focus on her recovery. Giffords promises that she will return to politics after her full recovery, and her full statement read:
"Arizona is my home, always will be. A lot has happened over the past year. We need to not change that but I know on the issues we fought for we can change things for the better. We can do so much more by working together. I don't remember much from that horrible day but I will never forget the trust you placed in me to be your voice. Thank you for your prayers and for giving me time to recover. I have more work to do on my recovery and so to do what is best for Arizona I will step down this week I'm getting better every day. My spirit is high. I will return and we will work together for Arizona and this great country."
Gabrielle Giffords has inspired millions of Americans with her message of bipartisanship, and her amazing story of survival and subsequent recovery and bravery. Giffords was very instrumental in passing legislature that improved border security in Arizona.
Part of this story hits home here in Kansas City, as the shooter involved in the 2011 Tuscon Shooting, Jared Lee Loughner, was sent to MCFP Hospital for Federal Prisoners located in Springfield, Missouri. Loughner's trial is suspended until his psychological evaluation is completed. Recently, Judge Larry Burns has requested that Loughner's psychological evaluation be completed by January 25th, 2012. Loughner's primary psychiatrist is currently Christina Pietz of Springfield, Missouri.
We at Kansas City News will keep you posted on the court case as well as the recovery of Representative Gabrielle Giffords.
You do not have to sign up to comment! If you have any trouble publishing your comment, try hitting the "Preview" button to publish from there. Thanks you from Kansas City News!
at 11:38 PM 4 comments: 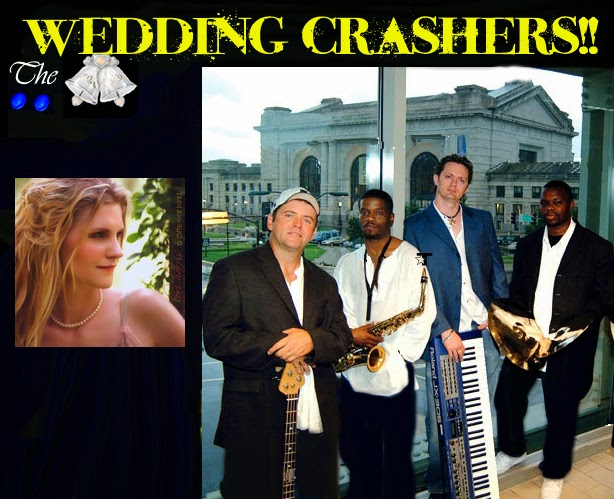 Ladies and Gentleman, Boys and Girls, the scores are in, and for the second straight year since their inception, local Kansas City dance band The Wedding Crashers came in a close second place in Kansas City's "Best Band in Kansas City" competition. Once again, and for the 4th year in a row, The KC All Stars took home first place, but this year The Wedding Crashers were right on their heels losing by only a small margin. Where did these guys come from?

We had a chance to check out The Wedding Crashers band at a show last month at The Uptown Theater and these guys can really put on a show. Even though they have only been together for just 2 years, you wouldn't know it by watching their performance. Each song was seamless and their light show was over the top. What we really enjoyed was the way The Wedding Crashers could perform old school songs and then turn around and perform the most current hits on the radio back to back without losing a single person off of the dance floor. The dance floor remained packed for the entire concert and they even got our old butts up to dance on a few songs - and we DO NOT usually dance. The female vocalist has a KILLER voice, that girl is going places. We don't want to give away the entire show, but let's just say that there are some great surprises.

Hard to resist these guys as they have what it takes to be Kansas City's next top band. Keep a look out for The Wedding Crashers crashing a wedding or concert near you!

You do not have to sign up to comment! If you have any trouble publishing your comment, try hitting the "Preview" button to publish from there. Also stay tuned for info on the 2012 MLB All Star Game at Kauffman Stadium. Thanks you from Kansas City News!
at 4:22 PM 10 comments: 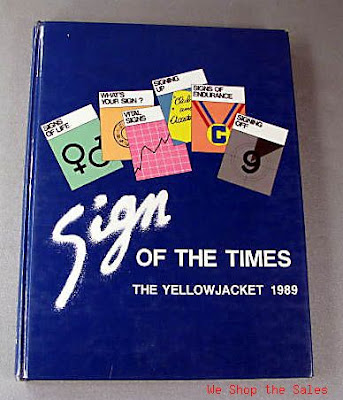 Center High School, with the help of volunteers, recently got together and decided to turn an abandoned greenhouse that sat decaying behind the school for years into a functioning greenhouse where the children can learn about horticulture and the human experience with plant life. The greenhouse is a great project as most students at the urban Center High School will benefit from participating in something besides playing X Box, eating McDonald's and listening to nasty rap music.
Center School District principal Elizabeth Heide and outside volunteer Durwin Rice began making arrangements 4 years ago to restore the old abandoned greenhouse when they were working together on the Tulips on Troost Project. The Tulips on Troost Project is a community participation project that plants tulips along Troost, a street in Kansas City that is deep in the ghetto and desperately needs some polishing, and this organization has plans to plant one million tulips along the urban street. The project has made excellent progress and now it has led to another great project with the greenhouse at Center High School.
Once a prominent high school in Kansas City, Center High School is now a completely urban, primarily minority attended school. Despite what most people thought initially, Center High School is NOT part of the failing and discredited Kansas City School District, it just resembles the schools in the Kansas City School District when you look at it's student body. Center High School was a quality high school from the time it opened until about 1989. During it's glory days, Center High School drew students from the wealthy upper middle class who resided in Red Bridge, Bridlespur, and even Sante Fe Hills when it used to be a good neighborhood. Paralleled by the decline of these neighborhoods as the ghetto slowly moved it's way south and west, Center High School soon began to look like Central High School and since 1989 it has been primarily an urban, lower class school.
This greenhouse will give the students at Center High School a chance to learn about plant life and how it affects humans and the Earth as a whole, as current economic crisis have prompted many of the world's innovative leaders to start projects that lead American consumers away from the processed foods and "getting back to the farm" by encouraging more Americans to eat more "live" foods that come from local farms and to stay away from the processed foods and fast food that has made our country extremely obese and unhealthy.
To assist in the greenhouse project at Center High School, contact principal Elizabeth Heide for more information.
You do not have to sign up to comment! If you have any trouble publishing your comment, try hitting the "Preview" button to publish from there. Thanks you from Kansas City News!
at 7:45 PM 10 comments: 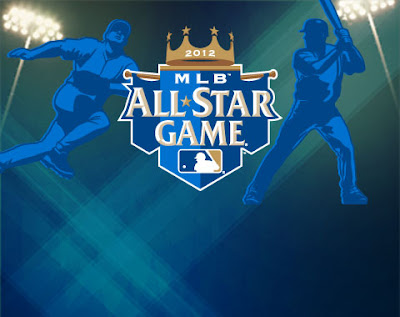 After 39 years, the MLB All Star Game will return to Kansas City in 2012. The All Star Game is a 3 day event that includes a 5K run for charity, the famous home run derby, and of course the 2012 All Star Game itself. Kansas City's newly renovated stadium allowed them to have a shot at hosting the 2012 All Star Game, and it should prove to be very profitable for the Kansas City area and local Kansas City businesses. The All Star game has become much more important since 2011 as it now decides the location of the home field for the World Series. Kansas City is very excited to be hosting the 2012 MLB All Star Game and the Schedule for the 2012 MLB All Star game is as follows:
July 8th - All Star Sunday - Charity 5k and Fun Run for charity by Nike - This MLB All Star Game 2012 event will benefit the Prostate Cancer Foundation, Stand Up To Cancer and Susan G. Komen for the cure. Next at Kauffman Stadium will be the 2012 Futures Game, an exhibition game that features all of the upcoming rookie MLB players who will get a chance to showcase their talents in this 2012 futures match up. Before the Future's game will be the 2012 Legends and Celebrity Softball game featuring both celebrities and former Royals greats including George Brett, Bret Saberhagen, Willie Wilson and other members of the only successful Royals organization which was the 1985 Royals.
July 9th - 2012 MLB Home Run Derby. The 2012 Home Run Derby will feature the biggest sluggers of the MLB in a 3 round home run contest.
July 10th - the 83rd MLB All Star Game 2012 to be held in Kansas City at Kauffman Stadium. The winners of this game will have home field advantage in the 2012 World Series.
You do not have to sign up to comment! If you have any trouble publishing your comment, try hitting the "Preview" button to publish from there. Thanks you from Kansas City News!
at 2:49 PM 9 comments: