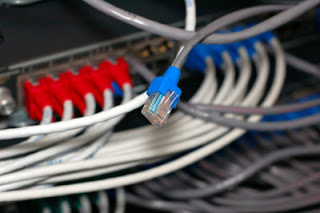 I'm sure that you've seen the irritating commercials for Time Warner Cable's new "Turbo" upgrade for their internet service. They claim that for an extra $25 per month (which is ghastly), you can increase the speed of your internet.

I'm sorry, but I'm going to have to call "bullshit" on this one.

I recently moved into a new home and since my choices are pretty limited as far as choosing a cable company (AT&T sucks, no internet if you go to Satellite) I signed up for Time Warner's basic internet and cable TV package.

We got rid of Time Warner Cable all together. We had to pay the early termination fee but it was worth it. Get rid of all that crap. We went to Antennas for TV, as there are over 30 local stations now that you can pick up with a good antenna. If you want to watch other shows, just get a media receiver and use NetFlix (about $8 per month)

For the internet, get ATT, they were running a special for $29.99 per month. The lowest package in terms of MBPS is still faster than Time Warner's "Turbo".

How do we know? We had ATT come out and install their $29.99 DSL internet, and meanwhile we left our Time Warner Turbo hooked up and we did a speed test with them back to back. It wasn't even close. I think we have like 8mbps on ATT and it blew Time Warner away on three consecutive speed tests.