All the crazies will be out in full force as they have released the masses from work for Labor Day Weekend 2013. There will be plenty of DUI Checkpoints in Kansas City and Lee's Summit for August 31st, September 1st, September 2nd, and September 3rd 2013.

The Checkpoints for Labor Day Weekend will be in the usual suspect areas including but not limited to: 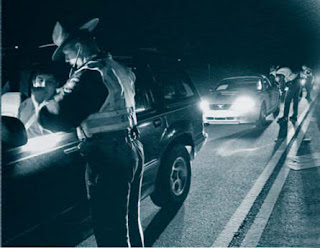 Southwest Trafficway
Beware of checkpoints along Southwest Trafficway in all areas, but especially near the Sun Fresh at around 40th Street. They LOVE to set up a giant DUI Checkpoint complete with large buses to cart people off to jail near that intersection.

Ward Parkway
Watch yourself on any part of Ward Parkway as well, but be especially careful around 78th Street where Ward Parkway splits and all of the Prairie Village people merge over to the right to cross State Line to get home. Often there is a DUI checkpoint set up just as you round the corner on Ward Parkway heading toward that Kansas / Missouri split. If you're headed toward the Plaza on Ward Parkway then beware of a DUI checkpoint as you head down the hill after the light at 51st Street.

Wornall Road
It has come to our attention that not everyone in Kansas City knows the correct pronunciation of the word WORNALL. It is pronounced as if you were saying WORNLE (sounds like NORMAL) - It is NOT pronounced WOR-NELL. There ya go, a little lesson for the day. There will typically be a checkpoint on Wornall Road near 75th Street in Waldo near the Wendy's. They have also been known to set up at 92nd and Wornall, just as you round the corner South of the light at 95th Street.

Lee's Summit
Lee's Summit is NOT the place to drink and drive (nor is anywhere for that matter) but those officers will be checking EVERYONE that they pull over this Labor Day Weekend 2013 on August 31st, September 1st, September 2nd and September 3rd. Get a cab if you're going to drive anywhere in Lee's Scumm-It.

We strongly encourage everyone not to drive if they are going to be drinking this Labor Day Weekend 2013, get a cab or have a sober friend drive. Have a safe weekend from your friends at KCMB News Kansas City.

That's right kids, once again the folks at EA Sports have let us down. The Franchise Mode in Madden that we all loved so much until they took it away in Madden 13 is still not complete in the new release of Madden 25 in 2013. Once again, they have built the game for LONER geeks who play by themselves with the little headsets on online. Here at KCMB News in Kansas City we will break it down for you. 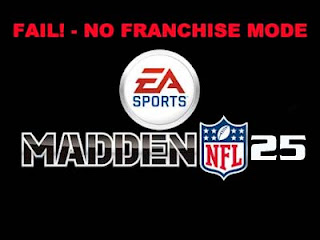 There is a franchise mode in Madden 25 as many will argue, but it's FOR LONERS only. You can only play by yourself! That's fine for the little 13 year olds sitting in their mother's basement, ok, and also the 27 year old loser geeks that are also sitting in their mother's basement, but not for those of us who like go grab some beer and a few friends and play a franchise mode season to it's finish.

This should not be such a major request from EA Sports to put the franchise mode in Madden 25 just the way it was for the last 15+ years. Why they would make this a LONER'S game we have no idea. Metacritic has Madden 25 at an 81 approval rating among players. That's pretty mediocre for one of the hottest video game franchises in history.

Without question, some dork got his foot in the door and is now at the controls in the design room for the Madden franchise. He is no doubt a loner dork, who plays online by himself with the little headset on. Well, congratulations dumb ass, your nerdy manipulation of the game has once again ruined it by taking away the franchise mode in Madden 25. We will continue to play our Madden 12 game until they fix this problem. We like to take over The Kansas City Chiefs, put ourselves in the game as players and rock out vs the computer. Then we save our progress and come back another night to continue the season. We don't anticipate this problem being fixed with the release of PS4 either, as the same dork designer will have his hands on it. We will check back with you guys in 2014! LOSERS.