The Royals Used to be Good - Seriously!

The Kansas City Royals were a force to be reckoned with right out of the gate, dominating the American League Central for a decade from 1976 to 1986, winning the division 7 out of 10 seasons during that period.  In 1980, the Kansas City Royals kicked the crap out of the New York Yankees in the playoffs in a 3 game sweep, capped off by a walk off home run by baseball's best player in history, George Brett, in game three to win the pennant.  During those triumphant years the Royals were led by the best players that the Royals have EVER had on the team.  Those players were George Brett, Willie Wilson, Frank White, Bret Saberhagen, Dennis Leonard, Hal McRae, Steve Balboni, Amos Otis and Dan Quisenberry.  As you can see by the chart below which shows the Royals records, most of them are still held by those players, as the new generation of Royals can't hold a candle to those guys: 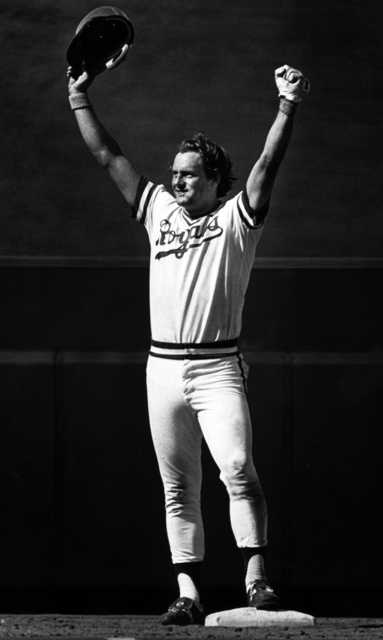 They only player that any baseball historian will ever think of when they think of The Kansas City Royals is good old number 5, George Brett.  The Royals have yet to produce a player who can even come close to the skills and achievements this left handed master of the bat has amassed.  An honor that very few athletes achieve, Brett was inducted into the Hall of Fame IMMEDIATELY after he retired, which showed the level of respect that Major League Baseball had for this living legend.  In 1980, Brett would go on a hitting streak that had the entire Nation watching his every move.  Kauffman Stadium would be sold out every game, no matter who the opponent, just to watch George play.  The reason?  George was chasing the elusive .400 batting average (for the season).  Poised to take over Ty Cobb in the record books, Brett had the hottest bat in the Major League in 1980.  Pictured left is George standing on second base after hitting a double at Kauffman Stadium to put his average at .402 - George NEVER took his hat off or came out of the dugout for a bow, so this moment was earth shattering as the stadium erupted in applause for over 5 minutes, stopping the game completely.

Why George Brett HATES the media and is reluctant to sign autographs to this day...

For the last 20 games of the 1980 season, while Brett strived to keep his batting average at or over .400, the media completely swarmed George at every turn.  Brett, like most great baseball players, had a very ritualistic pre game routine; he would sit in the locker room and play cards with some of his teammates.  During the end of the season every reporter from every magazine and television station in the United States would attend EVERY Royals game, waiting to see Brett break Ty Cobb's record.  This severely affected Brett and it upset his pre game routines, made it impossible for him to even leave his hotel room while on the road, and eventually made Brett extremely resentful of the media.  Security couldn't keep the media out of the locker rooms and George was not able to keep his daily routines, and this caused him to eventually "fizzle out" and end the season with a batting average of .390, which still stands as the best season batting average in the history of The Kansas City Royals.  To this day, because of the intrusion and complete lack of respect the media had for him in 1980, George is very reluctant to speak to the media - or even fans that see him in public. by Kansas City News

1985 - The Only Year That Matters in Kansas City Sports

1985 is the only year that matters in Kansas City sports to this day.  Most people don't know if the Chiefs won the Super Bowl in 1970 or 1971, as has been proven by many radio talk show trivia questions.  But there is one year and one event that Kansas City sports fans will NEVER forget:  The 1985 World Series.  In 1985 the economy was booming, Republican Super Hero Ronald Reagan was re-elected for a second term after becoming one of the most popular American Presidents in history, and life in Kansas City was good.

With the Republicans in office, people actually had to work and not sit around and collect welfare, and we didn't have illegals running all over the place having more welfare babies.  The 80's were great for so many reasons, but the biggest reason for Kansas City sports fans came on October 27th, 1985 when, in a blowout game 7, George Brett knocked a double into right field to plate the speedster Willie Wilson from 1st base and eventually go on to beat the feathers off of the St. Louis Cardinals by a whopping 11 - 0 score - one of the biggest blowouts in World Series history.  Superior pitching by The Royals, led by the 20-6 (1.05 WHIP) World Series MVP Bret Saberhagen, held the St. Louis Cardinals to a stunning .121 batting average for the series.
The 1985 Royals were the last great Kansas City sports team, and it was incredible to see the entire city erupt into a frenzy.  It is hard to describe it to anyone who wasn't there as there hasn't been any event of that magnitude in Kansas City since then.  The streets were blocked off from the Missouri river, all the way south past the liberty memorial.  The entire city was in a state of constant celebration for almost a week, and The Kansas City Royals were the toast of America and Major League Baseball.  Kansas City was officially on the map.  The Kansas City Royals smacked the New York Yankees around like red headed step children.  Players stayed loyal to their teams, the Royals owners didn't trade away all of our good players, and there was a sense of unity throughout the entire city.  It was Kansas City's time, the entire Nation was watching us - it was our big moment in the sun.

Today veteran players who played during the 1985 World Series still participate in the Kansas City Royals program, trying to inspire the young players with stories of the glory days and advice on how to win. Hopefully someday the Royals will win the Series again, in our lifetime, preferably. by Kansas City News 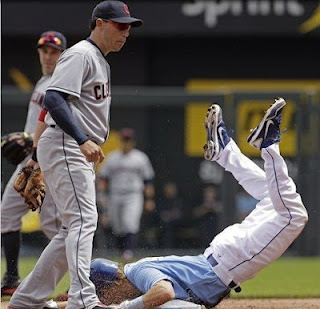 After 1993, The Kansas City Royals Became the Worst Team in Baseball

In present day Kansas City, we have terrible sports teams;  The Kansas City Chiefs are one of the biggest jokes in the NFL, and the Kansas City Royals are just plain laughable.  Both team owners take advantage of the loyal and gullible fans in Kansas City by putting sub-par teams on the field, knowing all the time that the fans will still buy tickets and attend games.  For some reason, no matter how bad the Chiefs and the Royals are year after year, the fans keep coming to the games.  So, the owners see no reason to improve the teams and they pocket the profits.  The fans go to the Chiefs games for the tailgate, as Kansas City is known for having one of the best tailgate atmospheres in the NFL.  After the tailgating, most of the fans are too drunk to even know what is happening in the actual game.  The Royals owners recently turned Kauffman Stadium into a Giant BAR, expanding the stadium to include several indoor bars where fans can sit and drink and they don't even have to watch the game if they don't want to.  In fact, it's better if they don't!  Chiefs fans and Royals fans, much like sheep, will continue to buy tickets no matter how far the owners and managers let the teams slide down in the standings.

The Kansas City Royals are Nationally notorious for letting their best players go, immediately, once they start performing well, claiming that they have some sort of "40 year plan" to build a team from their fancy farm system.  What a load of crap.  Until the Royals stop trading away great players, start aggressively pursuing the most talented players in the league, and form some sense of unity among the players, they will never see a year like 1985. by Kansas City News