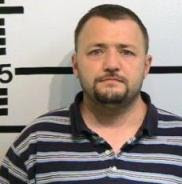 Matt Baker, a minister at Crossroads Baptist Church near Lorena, Texas was found guilty today of the murder of his wife Kari and was sentenced to 65 years in a Texas state prison.

Kari Baker was found dead just after midnight on April 8th, 2006 in her bedroom where a wine cooler bottle and Unisom sleeping pills were found. Her husband, Matt Baker, called 911 and reported that Kari had committed suicide because she was depressed over the death of her 16 month old daughter Kassidy who had a brain tumor. At the trial, Kari's mother testified that crushed up pills were found in Matt Baker's briefcase a couple of days before Kari's death and that he had accused Kari of being responsible for Kassidy's death.

The strangest thing about the case was that Kari's supposed suicide note was TYPED up and printed out - not the way suicide notes are usually drawn up. The defense attorneys lead by Guy James Gray tried to use this information to discredit the prosecution by claiming that the printer used to print out the suicide note came from a location not accessible to Matt Baker but only to Kari Baker.

Minister Matt Baker was allegedly sleeping with Crossroads Baptist Church member Vanessa Bulls after her divorce, abusing his power as a pastor according to friends and family members.

"Matt was kind of a sissy boy, the choices he made in school were ones like joining the choir instead of playing football, he wasn't much of a manly guy." I thought that was hysterical, as it came from his own lawyer! After the verdict In Session interviewed Guy James Gray and he then admitted that they had no respect for Matt Baker whatsoever and that they were just going through the motions in the trial. When Matt was sentenced and was being taken away by security, he reached out to try to say something to Guy James Gray and Gray stood with his back turned to Baker and completely ignored him.

When Kari's mother took the stand the court room got very heated. She pointed at Matt asking him to look her in the eyes and Baker sat with his head down the entire time she was on the stand. If that's not guilt I don't know what is. He pretty much looked guilty throughout the entire case.