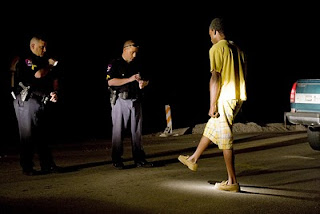 As we mentioned earlier in our article about Kansas City DUI Checkpoints, the Kansas City Police Department have made no secrets about the fact that they will be out in force pretty much every weekend conducting checkpoints.

Due to a grant from the Federal Government which was put in place to weed out those driving with suspended licenses or outstanding warrants which most likely stemmed from a fatal car accident that claimed the life of a 12 year old boy on 71 highway (the ghetto highway) and Gregory that involved Clayton R. Dunlap and Damian Slayton, KCPD is now conducting more DUI checkpoints in Kansas City than ever before.  The leftover funding from this grant is now going towards putting up DUI checkpoints pretty much every weekend in Kansas City.

Again, for Labor Day weekend including September 5th and 6th, the most likely dui checkpoint areas in Kansas City will be 77th and Wornall, anywhere on Southwest Trafficway, on Ward Parkway where it splits off into Kansas at 77th Street or where Ward Parkway merges with Wornall Road around 93rd Street.  Avoid Westport all together as it is swarming with ghetto thugs riding around in their stolen cars with "temporary tags" and playing idiotic boom boom music.
at 3:23 PM