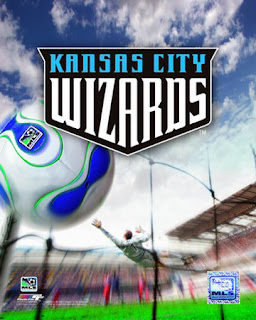 The Kansas City Wizards stayed relevant to the MLS Playoff picture with a thrilling added time victory over the Houston Dynamo Wednesday Night. The final was 4-3. Josh Wolff -the once heralded, but lately nearly invisible forward - headed home the game winner for Kansas City almost 6 minutes into stoppage time. With six games remaining (3 home - 3 Away), the Wizards are still on the outside looking in for the MLS playoffs, but have won four of their last five and seem determined to make the postseason. They are a mere 3 points behind Seattle and San Jose for the last spot.

Suspect defense by the Wizards handed Houston a 2-0 lead at the 34 minute mark before Kei Kamara, the Wizards leading scorer, finally got Kansas City on the board a minute later. Kamara took a beautiful pass from Craig Rocastle and blasted it past Dynamo Keeper Pat Onstad. Kansas City thought they had the ship righted until another defensive lapse two minutes later lead to another Houston goal.

Down 3-1 at halftime, it looked bleak for the Wizards. No MLS team this season had come from 2 goals down to win. Coach Peter Vermes made two offensive minded changes at halftime - and it turned out to help the cause. It took until the 60th minute, but one of Vermes's subs came through on a bizarre play where Houston's Keeper fell down while attempting a goal kick giving Teal Bunbury a 1-on-1 opportunity that he did not miss. With renewed life the Wizards rallied with two more goals in the final thirty minutes culminating with Wolff's header in the box off a great cross from winger Michael Harrington.

There are 3 more home games this year with huge playoff implications. Kansas City needs to get behind this team. Tickets are affordable (under $20) and parking is FREE.
at 9:40 AM