Mark Funkhouser is infuriated over jobs leaving Kansas City and moving to Kansas. 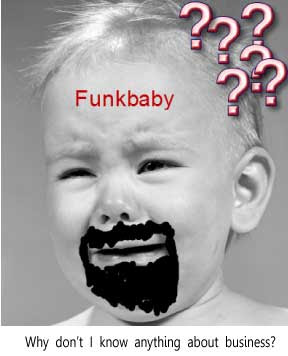 Mark Funkhouser says he is infuriated over companies leaving Kansas City and moving to the Kansas side. He blames the Kansas City Chamber of Commerce...yikes. He blames the PEAK program which gives incentives for businesses to relocate to Kansas. He blames Jefferson City, and he blames (do you see a pattern here yet?) everyone but himself.

Marky Mark and the Funky Bunch (Come on, Come on, Swing it!), need to decide if keeping jobs and companies in Kansas City is a priority. If it is, then compete. Don't go blame everyone else under the sun because you have problems that need fixing. Get off your tail piece and do something. Being infuriated or saying that Kansas taking your jobs is "nuts" doesn't help anything. If you are getting your azz kicked by Kansas, then fight back! If Mark Funkhouser's biggest 'hmmmpf' is to tell Kansas that after they pick off all your big companies and move them to the Kansas side (like AMC), that they will realize that the money they spent to lure those companies to Kansas would have been better spent on schools and infrastructure, then you have been wussified and shouldn't be mayor.

I am pretty sure the revenue cities will generate from the newly poached companies from Missouri will help pay for education and infrastructure in their state while you letting them go to Kansas because you don't have a testicle left to fight with will shrink your budget and make your pot holes bigger. Quit crying about your problems to your wife and the rest of us. Quit expecting someone else to solve your problems. Get out there and do the things that need to be done to give incentives to either keep companies in Kansas City or even better, steal them from Kansas!
at 11:43 PM