Kansas City Getting Back to Normal After Blizzard 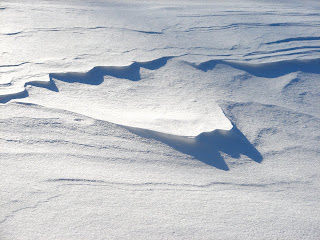 The Great Blizzard of 2011 has come and gone. We survived. Quite a storm, with I-70 shut down for some time in Missouri from State Line to State Line. I'm sure it's happened before, but I can;t remember it. Officially, (at KCI), we had 8.9 inches, but more to the south and east. I estimate about 12-13 inches in my driveway in Lee's Summit. It took me two hours to shovel this morning, made more difficult with the two and a half foot pile the snow plow left at the end of my driveway. If this bullshit keeps up, I'm going to have to get a snow blower. But I guess I shouldn't complain, at least my street got plowed. Lee's Summit does a beautiful job with snow removal and they should be commended.

Kansas City on the other hand is a JOKE. I saw the City spokesman on the news telling people to be patient, they should have it under control "by the weekend". Weekend? It's freaking Wednesday - it is unacceptable for streets not to be plowed by the end of today. Kansas Citians should expect more from City Hall.

This was a good suggestion that you put up here...dude…..hope that it benefits all the ones who land up here.