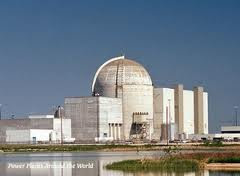 Just 100 miles to the southwest of Kansas City lies Burlington, KS, the home of the Wolf Creek Nuclear Power Plant. In a NRC (Nuclear Regulatory Commision) report to Congress on Thursday, The Plant was cited with two others that need "more intensive oversight". Incidental, one of the other plants cited is also close to Kansas City near Omaha. The problems at Wolf Creek stem from policies and procedures for handling the the electrical power to the plant, and backup power sources. Similar problems are what has caused the disaster in Japan. Power was lost the the Reactors cooling systems resulting in overheating of Nuclear Fuel rods and explosions releasing radiation into the atmosphere.

The concern at Wolf Creek is that the Corporation responsible for running the Plant, Wolf Creek Nuclear Operating Corporation, is not the group responsible for the power grid to the Plant. The grid is operated by Wolf Creek's owners, Westar Energy. Poor communication and coordination have been cited in a few incidents at the Plant when primary power has been lost momentarily. Lack of proper reporting of power loss situations have also been cited at the Plant.

The tragedy in Japan has certainly shed new light on Nuclear power around the world. Accidents can and do happen if we are not vigilant in keeping safety standards high. If any good does come of the disaster, this could be it. I believe Nuclear Power can and has been safe and could still be a significant player in our future power needs. We, as a nation, need to keep sufficient light shined on these operations. We don't want them getting too comfortable.
at 10:21 AM