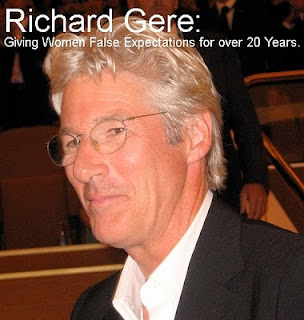 The year was 2007.  After doing a little Google research I realized that the last good year for big movies was 2007.  In 2007 the hits kept coming and coming - "No Country for Old Men", "Into the Wild", "Superbad" - these were the titles that came out literally one after another.  I remember thinking "man, I can't remember the last time I saw a bad movie".

The same is not true for 2010.  I can't believe how many bad movies I've seen this year.  I want my money back!  Here are some movies that top my list of "holy crap I can't believe I just paid to see this" movies:

Movies I Actually Walked Out On

1.  The Crazies - This movie was mildly interesting for about oh, 20 minutes or so.  It starts off with a great scene at a little league baseball game set in a nice rural town.  A man dressed in farmer garb walks aimlessly through the middle of the outfield wielding a shotgun.  A police officer is at the game, recognizes the old man and tries to call him off.  The old man is obviously deranged and the police officer is forced to shoot him.  And that's the end of the movie.  Just turn it off after this as it turns into the most ignorant sequence of events ever presented on film.  The old man at the baseball game scene is the scene that is in most of the previews - and now I know why - because it's the only good part in the whole movie.

2.  Brooklyn's Finest - Okay, let's take Richard Gere, the most pussy ass actor in Hollywood, and try to make him look tough.  No, and then no again.  Richard Gere should stick to his chick flick roles as the guy that every girl wishes their man resembled, ruining life for us regular guys.  This movie was doomed as soon as they cast Richard Gere.

3.  It's Complicated - Understandably I shouldn't have even tried this one, but it is just what you think it would be.  Old, coffee drinking, wine and cheese breath washed up actors trying to be classy and humorous.  I didn't actually walk out on this one as I fell asleep.

Movies That Only Moderately Sucked

1.  Alice in Wonderland - Johnny Depp is fairly consistant at picking out good scripts.  Knowing that he would probably take this classic tale to the edge, I took a chance.  Although I made it through the whole movie, I honestly can't remember much about it.

2.  Diary of a Wimpy Kid - This movie had every chance at being hilarious.  They could have just borrowed from Malcolm in the Middle's creative core.  But no, this movie is way to P.C. and it has all the flavor of a rice cake.  I thought for sure that it was written by a woman but I was suprised to find that it was indeed written by a guy named Jeff something or other.  Anyway, I was hoping that this movie would be a great salute to classics like "The Wonder Years" and "Malcolm in the Middle", but alas it was not.

1.  Shutter Island - Easily the best movie of the year, I can't really go into detail on this one as anything I write will give something away.  Just think of how you felt after you watched "The Sixth Sense" and you've got it.  GREAT movie, even if you don't like Leonardo, trust me, you will like this.

2.  Hot Tub Time Machine - If you were born in the late 60's through the early 70's you will love this ride.  A great throwback movie that even features one of the great 80's movie stars in John Cusack.  Complete with a Poison concert, and set at a ski resort in Colorado, this movie has too many laugh out loud moments to count.