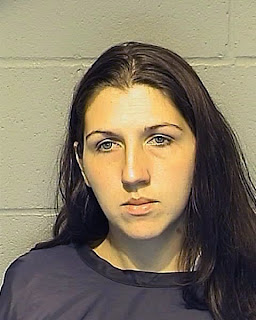 Rachel Perez will not be receiving the reduction in bail she was seeking earlier this week. You may remember her story and that of her 6yr old son with Down Syndrome. Because of a "high risk" pregnancy, Perez's lawyer had asked for a reduction in the $250,000 bail. That request was withdrawn yesterday as attempted Second Degree murder charges were added. Also previous charges of Child Abuse and Child Endangerment were expanded to cover two years instead of one day of abuse.

The case started in August when authorities were called to Perez's home in DeSoto, KS after her parents were concerned for the boy's safety. They found the boy starving in an unfurnished, sweltering attic. He weighed just twenty pounds; Less than half of what a 6yr old boy should weigh. Neighbors had said that Perez was seen walking with her two daughters, but they never saw a boy. They were told the boy lived with their father. Perez also did not alert the authorities to the boy's presence in the attic at the time of her initial arrest on an outstanding warrant. It was not until the authorities returned 6 hours later at the urging of the boy's grandparents did they find him in the attic. This is probably the basis for the murder charge - to knowing have left the boy in the attic while she was in jail, as well as his extremely low body weight.

No doubt Rachel Perez will spend many years in prison, but at least now these kids stand a chance. You just wonder how many other folks out there have similar situations going on with no one to alert authorities.
at 9:48 AM No comments: