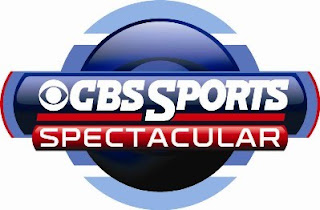 With less than 5 minutes remaining in Saturday's Missouri-Kansas Basketball game, CBS Sports inexplicably switched the feed to the Michigan-Michigan State game. Needless to say, there was slightly less demand for the Big 10 rivalry game as there was for the Border War locally. And yes, it a WAR, not a "Showdown" as some PC pantywaists want you to believe. Though Kansas should have had the game well in hand, Missouri did mount a furious too little-too late comeback to eventually lose by just 4 with local fans running to their radios to hear the outcome of the final minutes.

Soon after the game, the horribly lame excuses started roll in from KCTV, CBS's local affiliate in Kansas City. First it was noted that it was not KCTV's fault for the feed is sent by CBS - that excuse was soon rendered useless as word got out that Topeka and St Louis's CBS affiliate switched back to the MU-KU game within minutes. The next excuse was sun spots. Are you freaking kidding me? Sun spots? Are you sure it wasn't Bigfoot or a Leprechaun who tripped over the network feed cable? No matter what the problem was, there simply is no excuse for KCTV to have dropped the ball like this. I have a feeling what really happened is that no one noticed the problem until it was too late to do anything about. They were literally "asleep at the switch". What should we expect from a news station that did not even have a sports department for 7 years until last year when they hired Michael Coleman (ugh) to be their Sports Director.

I'd link to Coleman's page on KCTV's website if there was one. In fact, you can't even find the guy's name mentioned on the website. Has he been fired? Well, if so I don't think anyone would notice. Oh, I almost forgot, KU can SUCK IT!
at 11:40 AM 1 comment: