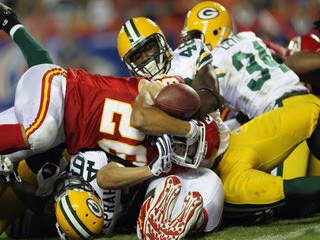 All in all, the Cheifs have a very easy schedule (most pundits have deemed it the easiest schedule in the league) and have the chance to be competitive. If Cassel can recover from a poor preseason and the defense keeps improving, Kansas City will have a shot.
at 11:05 AM 2 comments: