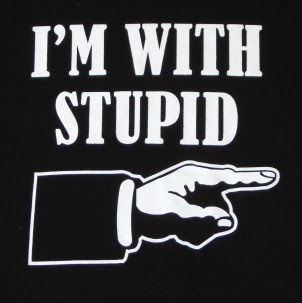 I've had some stupid fucking friends over the years, but luckily none as idiotic as a Northland Man's who had his right hand nearly blown off on Sunday night. It seems three young men were gathered in a Kansas City North Apartment when one fellow decided to light a homemade firework and drop it on the floor of the living room.

The Apartment renter, fearing certain loss of security deposit, attempted to retrieve the explosive and throw it out the window. It exploded in his hand causing gruesome, and probably debilitating lifelong injury. Really, it's not funny, but how could you be so stupid as to light an explosive in a man's living room. Excessive alcohol was no doubt involved.

KCPD is still investigating the incident and no charges have been filed.
at 11:25 AM No comments: