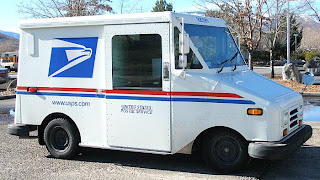 Four Kansas City Area Post Offices are on the list of more than 3600 nationwide offices being considered for closing. The USPS is attempting to cut costs as it's losses last year were a staggering $8 billion. Just being on the list doesn't mean the branches will be closed. In typical Federal Government fashion, there will be an unnecessarily lengthy review followed by months of bitching and whining before a precious few offices will ever be shuttered. The Postal Service has also asked Congress for permission to end Saturday delivery, a move that would also save massive amounts of money.

The local offices being considered for closure are:

They can close all of them for all I care. I'm sure those of you under the age of 50 share my feelings. I can count on one hand the number of times I have been to a Post Office in the last ten years, and one of them was to get a Passport. If I'm going to mail a package, I use the lesbian chain smoker at the Express Pac N Ship, she gives a lot better service. Stamps? I buy them once a year at Hy-Vee.
at 10:00 AM No comments: