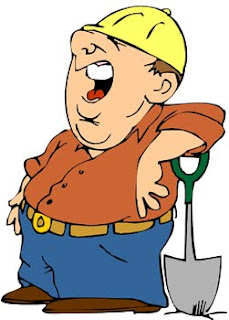 Kansas City Water Department Workers Caught Napping On The Job
A concerned citizen shot cell phone video of Kansas City Water Department employees sleeping on the job Tuesday. When confronted by a man holding a camera, the workers acted as if they had done nothing wrong. When asked if it was against city rules to sleep on the job, the Kansas City Water Department employee stated the he didn't know, but was just waiting on a concrete delivery. They had reportedly been sleeping for several hours after arriving one the job around 8:30 in the morning. Other local residents have also seen this crew sleeping several times before.
This incident highlights citizens' frustration with Kansas City government, and government in general. Scenarios like this most certainly play out day after day in this country. It is most disturbing in this day and age where many think the solutions to our problems lie in government intervention. With tight budgets everywhere, it seems the inefficiency of government operations could, and should be addressed.
Though you might likely take issue with the employees themselves, there is a bigger problem here. If these workers weren't sleeping, they likely would not have been doing anything productive either. The questions needs to be asked, if we are to believe that workers were waiting on a concrete delivery, why on earth does it take all morning to get a load of concrete delivered? In any event there are serious problems at the Kansas City Water Department.
at 9:18 AM No comments: