MLB All-Star Game a Warning for the Future? 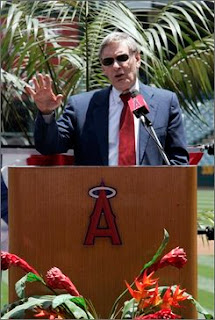 After being officially awarded the MLB All-Star game in 2012, many KC fans and residents tuned in to this year’s game and week-long festivities for a glimpse of what the city will experience exactly two years from now. Kansas City officials can only hope that the 2012 All-Star game will be an improvement from this year’s installation, which was the lowest rated ever and received poor reviews across the nation.

The 2010 All-Star game ratings were estimated at 7.5 according to the Nielsen ratings system, the lowest in the game’s history. Not only were viewers disinterested in watching the game on TV, but those who did watch or attend the game complained about a boring, low-scoring affair.

Many of the problems that contributed to the poor interest in this year’s game, such as the early start time, are easily correctable for MLB. Kansas City officials must be concerned with the poor reception this year’s event garnered; if baseball fans continue to ignore the All-Star game, the 2012 event hosted locally could fail to meet revenue expectations for the area.