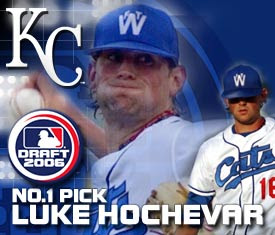 The series win puts the Royals at 6-3 and a game out of first in the AL Central. Cleveland is on first place and in the midst of a 7 game winning streak. We are off today before a short two game series in Minnesota Tuesday and Wednesday. Minnesota is off to a slow start, now is the time to take advantage with a sweep before heading back home for the weekend. There's hope again in this cow town.
at 10:54 AM No comments: