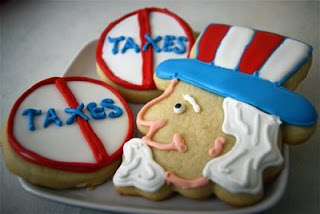 "Driveway Tax" Comes to Mission Kansas - Drive Through Tax
Last week Mission City council passed the so-called "Driveway Tax" to raise revenue for street maintenance. City officials estimate tax bills ranging from around $72 for homeowners up to $64,000 for the Target Super center located in Mission. A drive thru restaurant could pay in the neighborhood of $12,000 annually in the new program. The tax bills are generated by a formula that attempts to estimate the amount of traffic generated by a property to calculate the tax bill.
This form of taxation is new to the Midwest, though it in place in at least 18 municipalities in the state of Oregon. Oregon, however, is one of the few states without a sales tax making a tax like this more necessary. The city says they need the money desperately for deteriorating streets, but residents and business owners say this is the worst time possible for a tax increase.
On Monday, the Kansas chapter of The National Federation of Independent Businesses, issued a statement condemning the new tax that will stifle economic growth. NFIB claims the new tax will directly affect the small business owner, the very people who Kansans are looking to to create jobs. Concern is also growing that this new "drive through tax" would set a precedent for other Kansas cities.
at 6:25 AM

The Drive Thru Tax is hilarious. Although I can't think of that many drive through establishments in Mission??