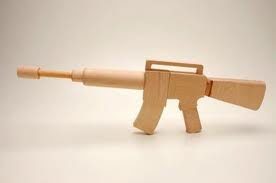 This is absurd from so many levels. The school administrators should themselves be sentenced to take a course in how to respond to ‘gray area issues’.