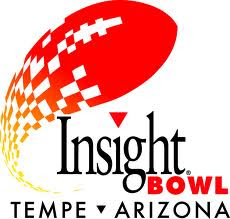 What a turd of a game. I wish I had just gone to sleep instead of watch this one. At least I didn't travel half way across the country to see this piece of shit in person. Last night the Missouri Tigers lost to the Iowa Hawkeyes 27-24. If these two teams play 10 times, there is no way Iowa wins twice. Missouri blew this game, simple as that. This is the second year in a row the Tigers have laid an egg in a bowl game, losing last year's Texas Bowl to Navy.

Blaine Gabbert looked great for most of the game, and certainly put up steller numbers - 41 completions in 57 attempts, 400 plus passing yards with a TD throwing and one rushing, and most importantly to the outcome of the game, 2 uncharecteristic Interceptions, one of which was ran back for the winning Touchdown. Gabbert will likely declare himself for the 2011 NFL Draft (if there is one) because scouts are high on him making this probably his last game in a Missouri Jersey.

Luckily, no one really cares about Bowl Games and they are completely meaningless in the grand scheme of things. There is only one Bowl that means anything, the National Championship. Did any of you even remember what Bowl game Missouri played in last year? Didn't think so.
at 9:46 AM