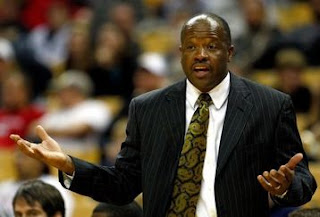 University of Missouri's Basketball team just barely slipped into this year's field of 68 teams for the NCAA Tournament. They secured an 11 seed in the West region - 11 and 12 seeds are generally reserved for the final at large bids into the tournament. Mizzou will play the Bearcats of Cincinnati University on Thursday night in an 8:50 Central time tip. The game will be played in Washington, DC - kind of ironic seeing as how this is the west region and you can't get much further east than DC.

Missouri was the last of 5 Big 12 team to get in the tournament. Most pundits thought Colorado would make it, but the committee chose UAB and Virginia Commonwealth instead. Strange, since Colorado finished with the same Big 12 record as Missouri with arguably better wins than the Tigers (they beat K-State 3 times) - in the Conference, anyway.

The Bearcats are a decent match up for the Tigers. It should, at the very least, be an entertaining ballgame is you like a fast pace. Cincinnati plays a similar style to Missouri's "40 Minutes of Hell". They both push the ball down the court and like to full court press. The 11 seed is actually a bit of a break for Missouri. Projections had the Tigers in the dreaded 8/9 game where the winner has to face the region's #1 seed. I don't think Cincinnati is markedly better than any 8 or 9 seed in the tournament. The highest seed Missouri could face if they beat Cincinnati is #3 Connecticut - a big step down from any of the #1 seeds.

Also on Sunday, Arkansas officially fired their coach renewing speculation that Coach Anderson could be headed to the University where he was an assistant for 17 years under Nolan Richardson. Coach Anderson reiterated what he said several weeks back that he is a Missouri Tiger and has no plans to leave, he would like to "retire here". I take the man at his word, and hopefully turning down Arkansas will be the end to yearly speculation of his leaving.
at 11:38 AM