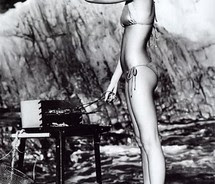 Well, it's hard to believe, but it's here again, The American Royal BBQ in Kansas City 2011.

From the American Royal 2011 press release:

Come join the fun at one of Kansas City’s biggest parties! We have live entertainment, barbecue teams competing in the “World Series of Barbecue“, award-winning barbecue for the public to purchase at Taste of the Royal, Fireworks both Friday and Saturday and a festival atmosphere you won’t want to miss!

Gate admission is required on Friday, September 30 after 12 p.m. and on Saturday, October 1 after 10 a.m. There is no gate admission on Thursday, September 29 or Sunday, October 2. Remember that most sections of the American Royal BBQ are private parties and are by invitation only. Just because you get into the main gate of the American Royal does not guarantee you entrance into the individual parties and tents inside the Royal. Parking is FURIOUS so try to get there before 5pm if possible, or you will end up parking about 1 mile away.

Qualification Criteria Summary for US Teams:

Qualifying Period: The first weekend in August of 2010 through the final weekend in July of 2011

Only Grand Champions are invited. No pass downs are accepted.

An invitation will be mailed from the American Royal to the qualifiers in mid August with a deadline for returning the application by September 1st. If an invitational team would like to also compete in the Open Contest, it is MANDATORY for that team to complete the Open Application ahead of time so a space can be reserved.

To be considered a “competing team,” teams must submit entries for all contest categories required to be the grand champion or overall winner of that event.

Exceptions to any of the above criteria must be approved in advance by the contest organizer.