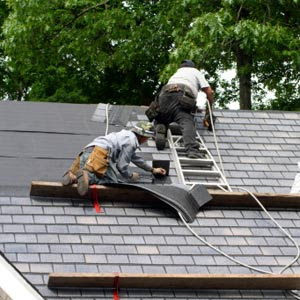 In a grand gesture of Kansas City charity, Gahagan-Eddy, LLC., a Prairie Village building and roofing company, is now accepting nominations for the Gahagan-Eddy Roof Giveaway, in which the company will donate a new roof to a local home in celebration of its ten years serving Kansas City with excellence and honesty. The winner of the Gahagan-Eddy Roof Giveaway will be selected from local nominations collected through March 31. Gahagan-Eddy encourages all of Kansas City to nominate individuals or families in need of the gift of a new roof. This is a great Kansas City Charity event and Kansas City News encourages everyone to nominate someone for the free roof giveaway! Nomination forms are available at Gahagan-Eddy.com (or ExcellenceIsOurHabit.com), at select Kansas City locations, and at the Gahagan-Eddy Johnson County Home Show booth March 2-4.
"Gahagan-Eddy has thrived as a local company serving Kansas City for 10 years, and we want to give back to the community that helped build us," said Bryce Gahagan, Gahagan-Eddy co-founder and principal. "A new roof is a valuable necessity that some homeowners cannot expend the funds for in this economy or due to other extenuating circumstances, and we want to help one of those deserving families. We encourage everyone to nominate a family or individual who deserves this valuable gift. It could make an incredible difference in the life of someone in our community.”
Roof problems that may qualify a home for a new roof include deterioration, leaks, algae, poor installation, neighborhood aesthetic, blow-offs, ponding, hail damage and wildlife or insect issues. The Gahagan-Eddy Roof Giveaway is open to homeowners in the Kansas City metro area who are deserving of a new roof due to a medical situation, military service, a general hardship, or because of their community involvement and service to others. This is a wonderful Kansas City charity event!
The winner of the Gahagan-Eddy Roof Giveaway will be contacted April 6, with the new roof installed later that month. Gahagan-Eddy is now accepting nominations through March 31.
About Gahagan-Eddy, LLC.
Gahagan-Eddy, LLC., is a building and roofing company based in Prairie Village, Kan., serving homeowners with exacting standards who appreciate flawless "ultra-premium" service under the Gahagan-Eddy Building Company and Gahagan-Eddy Roofing Company brands. The founders, Bryce Gahagan and Mark Eddy, met while building homes for a Fortune 500 builder known for value-producing homes for the masses. The duo felt that there was a better way. Founded in March 2002, Gahagan-Eddy has earned the distinction of being a referral-based business that caters to specific client needs with high-quality service. Gahagan-Eddy is an A+ rated company by the Better Business Bureau and was awarded the “Super Service Award” on Angie’s List, awarded to only the top 5 percent of contractors.
Bryce Gahagan has also appeared on "The Apprentice" (Season Five) with Donald Trump. He was famously "fired" when Trump told him, "You're fired. And I think you have great potential, too." Gahagan was known for his view that, "Whatever you choose to do in life, do it, but do it better than anyone else."
For more information on Gahagan-Eddy, LLC., please visit Gahagan-Eddy.com.

You do not have to sign up to comment! If you have any trouble publishing your comment, try hitting the "Preview" button to publish from there. Thanks you from Kansas City News!
at 7:23 AM

Another great charity event in Kansas City, a wonderful gesture by this company!