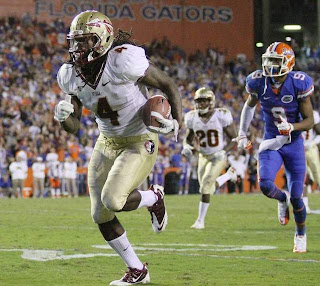 The 2012 NFL draft has come and gone, yet the Chiefs have been busy adding more rookies to their roster recently by signing 15 undrafted free agents. Not only does Kansas City get an opportunity to find a potential diamond in the rough, but undrafted free agents provide excellent competition in camp. As history has shown, several players currently on the Chiefs’ roster have needed a bit of a kick in the rear during camp in the past. - Kansas City News

Building through the NFL draft is essential to constructing a championship team, yet undrafted free agents play a bigger role than most realize. Two seasons ago, the Packers were hit hard by injuries and relied heavily on several undrafted free agents while making their run to a championship. Other top organizations, such as New England, are notorious for stockpiling depth and talent with UFAs. - Kansas City News

The following is a full list of the players Kansas City has signed:

The Chiefs nabbed quite a few defensive backs, including former K-State standout Tysyn Hartman. Also keep an eye on Parks, who had a very productive career at Florida State. Kansas City could use some improved depth at safety, and one of the incoming DBs could very well be suiting up for the Chiefs sometime this fall. - Kansas City News

Another local name Chiefs fans might recognize is Tim Biere, formerly of the Kansas Jayhawks. Biere has shown a lot of talent, but got lost in the shuffle during the offensive horror that was the Turner Gill regime. With Tony Moeaki returning from a season-ending injury and some inconsistency with the other TEs on the roster, don’t be surprised to see Biere make the team.