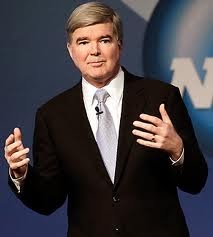 In the wake of a scandal that has shocked an entire nation, the NCAA has made its decision on how to punish Penn State University with its cover up of Jerry Sandusky’s sexual abuse of children. Penn State avoided the death penalty; one many thought it might receive similar to Southern Methodist University’s punishment for paying players in the 1980’s.

While it wasn’t the death penalty, the NCAA came down hard on Penn State. The following is a quick summary of the sanctions the NCAA will impose on Penn State:

• A $60 million fine to begin endowment for programs related to child abuse (equivalent of 1 year gross revenue).
• All wins from 1998 to 2011 must be vacated.
• Bowl ban and postseason ban for four years.
• Football scholarship reduction from 25 to 15 for 4 years.
• Any player may transfer and play for another school immediately.
• Athletic program will serve a five year probation.
• The NCAA reserves the right to impose sanctions on individuals following criminal trials.
• University must adopt reforms.

With his wins from 1998-2011 vacated, former coach Joe Paterno drops from 409 wins to 298, dropping him from first to 12th on the winningest NCAA football coach list. Penn State will also have six bowl wins and two conference championships vacated. While this may seem like an unfair punishment to all the innocent players who played on those teams, the NCAA does not want its all-time winningest coach associated with one of the most horrifying college sports scandals in American history. Penn State has already removed Paterno’s statue from outside Beaver Stadium in the wake of former FBI director Louis J. Freeh’s report that found that Paterno had concealed allegations of sexual abuse made against Sandusky.

In the past, the NCAA has been heavily criticized for the length of time it took to decide penalties at other schools. The NCAA took unprecedented measures to come to a swift ruling, bypassing many steps it has taken in the past to levy punishment at schools.

That photo makes that guy look like a crash test dummy. That is hilarious that they removed Joe Paterno's statue! What a mess.

LMAO, that photo does make him look like a store window dummy!

Is that $60 million in revenue for Penn State just for the football team alone? Or does that include the whole athletic department?

If Penn State makes $60 million on anything that is too much!