Lance Armstrong Steps Down As Chairman of Livestrong 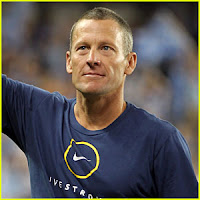 Amid a doping scandal that has shocked the nation, Lance Armstrong has announced that he is stepping down as chairman of Livestrong, the cancer-fighting charity that he founded and sponsor of Kansas City’s Livestrong Sporting Park.

Armstrong was not paid a salary for serving as the chairman of the Lance Armstrong Foundation, and he will remain on the 15 member board. Vice chairman Jeff Garvey, who helped Armstrong start the foundation in 1997, will now serve as the chairman. Garvey will handle the foundation’s strategic planning and handle many of the public appearances and meetings that used to be Armstrong’s responsibility.

After Armstrong announced his departure from Livestrong, Nike cut all of its ties from the former cycling great, citing “seemingly insurmountable evidence that Lance Armstrong participated in doping and misled Nike for more than a decade.” Nike has stated that despite Armstrong’s scandal, the company will continue to support Livestrong.

Armstrong’s huge fall from grace comes in the wake of a massive report compiled by the US Anti-Doping Agency last week, which detailed Armstrong’s widespread doping and how he convinced his teammates to join him. Armstrong won the Tour de France seven consecutive times from 1999 t0 2005 and has now been banned from cycling for life. All of Armstrong’s titles and cycling accolades are being erased as well. Armstrong has denied all of the doping charges, but he chose not to fight the USADA’s accusations and report through arbitration, citing that the process was unfair.

This has a profound effect on Kansas City as Livestrong is the primary sponsor of Sporting KC and has the naming rights to KC’s hottest new outdoor venue, Livestrong Sporting Park. Many predicted that these allegations could threaten the future of the foundation, which could have an effect on Sporting KC and the stadium. With Armstrong stepping down, hopefully the foundation will be able to focus on helping those who are battling or have been affected by cancer, and there will be no negative impact on Kansas City.