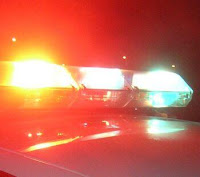 Johnson County has had yet another hit-and-run death, the second occurrence in the last month. Police are currently searching for a driver who failed to stop after hitting a pedestrian late on Tuesday in Overland Park.

The incident occurred around 10:40 p.m. last night near West 71st Street and Metcalf Avenue. A 35-year-old woman was hit by the driver and then rushed to the hospital by emergency crews. The woman died a short time later from injuries she sustained from the crash. The Overland Park Police Department is currently investigating the incident.

This alarming trend is a sad recent development in the Kansas City area. It is one thing to accidentally hit someone while you are driving, but only the lowest human beings on the planet would actually drive away and leave the person they have just struck to die. Accidents happen in cars, and the penalty for accidentally hitting someone while you are driving is nothing compared to a hit-and-run incident that ends up costing someone their life.

Much like the hit-and-run incident off of 1-35 that cost Christopher Randolph his life, alcohol could be a contributing factor to this situation. People drive when they shouldn’t, make a mistake that injures someone, and don’t want to face the penalty for driving drunk. Randolph’s killer was found, and odds are the person behind the wheel last night will get caught as well.

These incidents should also serve as a warning to those who travel by foot at night. With no reliable public transportation and the way the metro is set up, people unfortunately routinely choose to drive impaired, especially on weekends. All Kansas City metro residents need to be aware that when the sun goes down, the roads are dangerous. That is the sad reality of the area we live in.