Massive Crashes on I-70 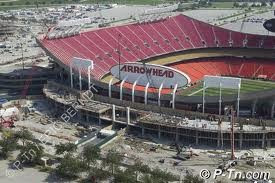 Kansas City police and rescue workers had their hands full last night, with a multiple vehicle crash taking place on I-70 east of the sports complex. The accidents occured when Chiefs fans were on their way to Arrowhead Stadium before the Chiefs' final preseason game against the Green Bay Packers. The pileup comes on the heels of Kansas roads being named third best in the nation.


Around 12 vehicles were estimated to have been in a single crash, which occured on I-70 near Pittman road. The crash closed the eastbound lanes on I-70, and several people were taken to the hospital for injuries. Reports now indicate that traffic is flowing freely again, however there has been no news on the injuries.

Given the chaotic nature of driving to and from football games, it is surprising that incidents like the one that happened last night are not frequent. Traffic is intense, people are continuously trying to move into a better position and alcohol is often involved. Hopefully this crash will make Cheifs and Royals' fans more cautious when driving to and from the stadium.

Johnson County To Be Hit Hard By Road Construction 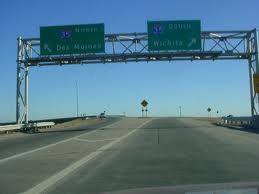 Kansas 10 highway will be reduced to one lane next week from 7:30 p.m. to 5:00 a.m. Monday through Friday for a five mile stretch from Kansas 7 to I-435. The closed highways are part of a state-wide project to improve various roadways, and this particular improvement will cost $808,000.

The resurfacing of the road is planned on being completed sometime in mid-August. Other areas of K-10 will begin resurfacing in the coming weeks, including Woodland Road, Ridgeview Road, Renner Road and I-435. Since these interchanges will be completely closed, drivers will be forced to find an alternative route should they use these areas to enter or exit the highway.

There will be several other large roadway projects that will start in the area in the next month. U.S. 69 in Overland Park between 159th and 135th Street and U.S. 169 south of Olathe from 175th Street to 215th Street will start construction next month.
With the many closings in the area, it will be important for all Johnson County residents to follow the construction schedules to find alternative or faster routes around town.
at 12:42 PM No comments: