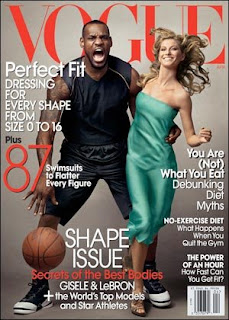 Lebron James' decision to go to Miami makes sense.  After listening to the whining of all of the old school players, coaches and sports analysts - who claim that it hurts the game of basketball to lump all of the star players on one team (cough cough - the Lakers for the last 10 years), Miami still looks a hell of a lot better than frickin' Cleveland.

Before you judge or say one word..............have you ever actually BEEN to Cleveland, Ohio?  There is literally NOTHING pleasant or fun or even mildly interesting in that town.  It is a ghetto ridden, one cigarette at a time selling, metro bus riding, don't even think about walking around after dark city that makes you want to get on the earliest plane possible to get out.  Okay, now think about Miami.  Sunshine, beaches, the other kind of "beaches", and a community that in the last 2 years has put more momentum behind their sports programs than any other city in the United States.  Miami is FULLY dedicated to their sports teams.  Local celebrities (yes, Miami actually has celebrities that LIVE there) are all rallying around the Miami Dolphins like it was their job.

I love the energy that I'm seeing in Miami that has gathered around their sports organizations like a warm fire - or wait, they don't need a warm fire in Miami - the temperature is already perfect.  Miami will certainly be one of the top teams in the NBA with the addition of Lebron James, coupled together with Dwayne Wade and company, and his decision to make the move to Miami will prove to be very rewarding for everyone.  Everyone, that is, except Cleveland, Ohio.