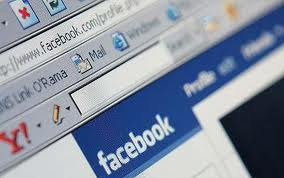 Social Media sites such as Facebook have revolutionized the way people stay in contact, communicate with each other and access information. For wives suspicious of their husbands, it has also added a useful tool in which to uncover the truth.
Lynn France had grown suspicious that her husband was having an affair, so she turned to facebook to uncover the truth. Turns out, her husband had married another woman in 2009 at Walt Disney World and was featured in some 200 photos with his second wife. Busted.
We have heard many other stories of how social media and the internet has helped suspicious spouses catch their significant others. While this example is comical, especially on the husbands end (I mean what idiot marries another woman and then posts the pictures on a public site?) it is an example of how the internet is changing the ways we access information. Maybe guys like Lynn France's husband will get a little smarter in regards to their secret lives, but I can live with some more funny anecdotes.
Comments?
at 8:02 PM

OMG! When we heard about this we almost fell over. What an idiot. At least he could have used Myspace since no one goes there anymore.