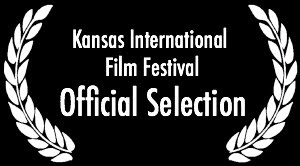 The Kansas International Film Festival opens this weekend, running from October 1 through October 7. The festival is entering its 10th year, and was recently added to Moviemaker Magazine's list of "25 film festivals worth the entry fee." The Kansas International Film Festival, or KIFF, should be even more enticing for movie fans this year. The festival will feature several big-budget hollywood films that will be screened here before being released to the general public.

Due to the success of previous festivals as well as involving some big budget films, the event has seen a dramatic rise in tickets sold. However, there are still tickets available for the event including a pass that allows guests access to the entire festival. KIFF will be taking place at Glenwood Arts Theatre.

Some movies to watch out for are "Black Swan" which stars Natalie Portman and Mila Kunis and "Conviction" starring Hillary Swank. KIFF is best known for quality documentaries, and this year is no different.

Tickets for the event can be found here.
at 1:34 PM