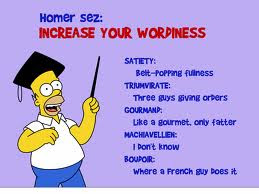 Shawnee Mission School District to "Right Size"
Shawnee Mission School District Superintendent Gene Johnson introduced 11 proposals to the public on Monday night. Among them was the closure of 5 schools and redrawing attendance areas for existing schools. Shawnee Mission, like many school districts is facing a reduction in state funding corresponding with a lower student numbers. The district has gone from over 45,000 students in 1970 to fewer than 28,000 last year due to an ageing population base. The schools slated to be closed are projected around half full for the coming school years, and/or would need significant upgrading due to age.
The School District has cut its budget by more than $20 million in the last two years, as well as cut 100 teachers. The new proposals would save the district over $2 million per year. Proposed closings are:
-Bonjour Elementary in Lenexa (built 1954)
-Showanoe Elementary in Shawnee (built 1960)
-Dorothy Moody Elementary in Overland Park (built 1966)
-Antioch Middle School in Overland Park (built 1955)
-Mission Valley Middle School in Prairie Village (built 1958)
All of the schools are quite old and were facing significant updating. Antioch students will be sent to Hocker Grove Middle School, and Mission Valley kids will go to Indian Hills. Over the coming weeks and months, there will be public meetings on each school area affected by the changes, Click here for the schedule.