Republicans Do Well Nationally and in Kansas City Area 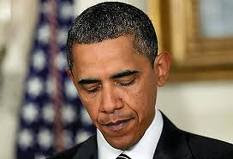 Tuesday's elections sent a clear message. Americans are not happy with the Democratic leadership. The Republicans took over the House of Representatives with a clear majority, and made huge strides in the Senate leaving the Democrats with the narrowest of majorities. This is all good news, of course, but let's be clear that we are giving Republicans another go at it - if we do not get results, we'll throw their asses out, too. Locally, the pattern was upheld with Republicans winning in all but one National race.


There was one big upset. Long time Congressman (34 years) from Missouri's 4th District, Ike Skelton, was defeated by Republican Vicky Hartzler. Skelton is good man and really a victim of President Obama's bad policy. Maybe we can get him to move to the 5th District and take on Cleaver in the Democratic Primary. Speaking of Congressman Cleaver, how does this guy keep getting elected? Oh yea, that's right he's black - and unfortunately black people will vote for other black people. ANY black person, no matter now stupid. If Cleaver can get re-elected this year after "spittlegate" and his glowing compliments of Communist Dictator Fidel Castro, I guess he will be Congressman for life.

In Kansas, a poor showing by Stephane Moore in the 3rd Congressional district race made easy pickins for Kevin Yoder as the Democrats lost another seat (retiring Democrat Dennis Moore's) to the Republicans. A unified (for a change) Kansas Republican Party led former Senator Sam Brownback to a landslide victory for the Governor's office.

Missouri Proposition A - Voters passed Prop A by a wide margin showing their distaste for local earnings taxes. The passing of this Proposition paves the way for a vote in Kansas City on the continuation of the 1% income tax the city assesses on those who LIVE OR WORK in the city.

Missouri Proposition B - Passed by a relatively small margin, this unnecessary law will cost the State Money, and do virtually nothing to end cruelty to animals.
at 9:53 AM

Emanuel Cleaver is a Racist said...

Jeesh - Emanuel Cleaver again? You're right, black people will vote for black people no matter how stupid the candidate.