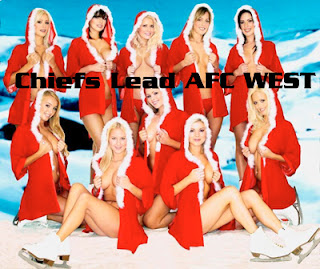 Chiefs PUNK Titans, and Rich Gannon is a TOOL
by Kansas City News

The Kansas City Chiefs took out the Tennessee Titans today effortlessly, the game was over by halftime and for some reason I thought that the Titans had a running back?  What was his name again?  Oh well, I can't remember.  The Chiefs took apart the Titans defense by finally throwing the football EARLY and often.  Jamaal Charles was electric as usual, catching two early touchdown passes from Matt Cassel.

Here at Kansas City News, we've been saying all year that the Chiefs need to throw the ball early in the game to get the defense off of our running game, and they must have read our blog as they finally did just that.

Tennessee Titan's receiver Kenny Britt made a hilarious attempt at "shushing" the Kansas City Chiefs home crowd when he made one pathetic touchdown catch.  This was hilarious.  Yeah, Britt, you really shushed us, since we were up 24 - 7 at that point.  Idiot.

On another note, we officially hate Rich Gannon and wonder why we always get stuck with him calling our games.  It's obvious that Rich Gannon HATES the Chiefs as he tries his best to play up the other team, and reluctantly gives the Chiefs credit when they succeed.  The Chiefs now control their destiny in the AFC West and hopefully the Chargers will choke today.  Kansas City News was first on the scene to report today's game between the Kansas City Chiefs and the Tennessee Titans...